Marc Morano, the award-winning producer, writer and host of Climate Hustle — a film released in 2016 to hundreds of U.S. theatres — is one of the highest profile voices of climate realism in the world today.

He currently serves as executive editor and chief correspondent for CFACT’s award-winning ClimateDepot.com, a news and information service he founded in 2009. He is a frequent guest on radio and television talk in the U.S. and internationally, including CNN, Fox News, the BBC, and Canada’s Sun TV, and has been profiled in the New York Times, Esquire magazine, Rolling Stone, and numerous others. 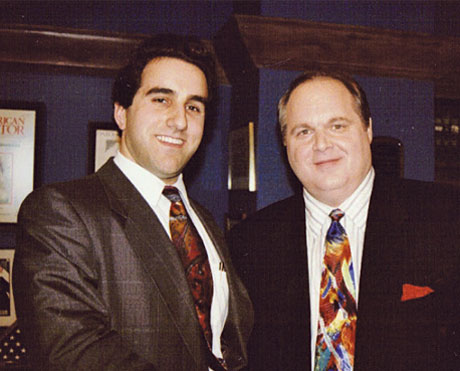 From 1992 to 1996, Morano served as a reporter for the nationally syndicated “Rush Limbaugh, the Television Show.” He next served as an investigative reporter for Cybercast News Service and as a reporter and producer for the nationally syndicated television newsmagazine “American Investigator.” In 2000, his investigative television documentary “Amazon Rainforest: Clear-Cutting the Myths” created an international firestorm. During his tenure as senior advisor, speechwriter, and climate researcher for U.S. Senator James Inhofe (R-OK), he managed the award winning communication operations of the GOP side of the U.S. Senate Committee on Environment and Public Works.

Rolling Stone Magazine declared Morano one of the planets 17 “climate killers” in a cover story in December 2009. Rolling Stone called Morano “the Matt Drudge of climate denial” and “a central cell of the climate-denial machine.” Morano also received the Accuracy in Media journalism award in February 2010 for his key role in reporting on the global warming Climategate scandal. In June 2010, Morano given an award by Doctors for Disaster Preparedness (DDP) for “demonstrating courage and achievement in defense of scientific truth and freedom. In August 2010, Climate Depot and Morano were honored again by being inducted into Townhall Magazine’s “Townhall of Fame.” The magazine noted Climate Depot is “the No. 1 online destination for the truth behind today’s global warming hysteria.” In December 2010, The Daily Caller awarded Senator Inhofe and Climate Depot the ‘2010 Award for Political Incorrectness’. Daily Caller noted that “Morano, possessed a rapier-like wit and is the master of parody and satire.” In June 2011, Climate Depot received another award at the Heartland Institute’s 6th climate conference in DC.

In 2012, Morano was (dis) honored by climate activists at Media Matters as the “Climate Misinformer of the Year.” See: Gore touts Morano as 2012’s ‘Climate ‘Misinformer of the Year’: ‘ClimateDepot.com founder Marc Morano has been called ‘the Matt Drudge of climate denial,’ the ‘king of the skeptics’

In 2016, Morano was at the center of an international media firestorm erupted after wanted posters were plastered at the UN At the UN Paris with Morano’s face declaring him a “Climate Criminal” The New York Times profiled Morano in April 2009, noting that he used science as a “Political Battering Ram.” In April 2010, Esquire Magazine featured Morano in a 6500 profile. See: Esquire Mag. Profiles Climate Depot’s Morano in 6500 Word Feature Article: ‘This Man Wants to Convince You Global Warming is a Hoax…He seems to be winning’

Morano has held both White House and Capitol Hill Press credentials and was a member of the Society of Professional Journalists. He has attended and reported on numerous international eco-conferences and attend the annual UN-sponsored Climate Summits.

Morano was the investigative reporter for Cybercast News Service in Washington, DC. He has also served as a reporter/producer for the nationally syndicated television newsmagazine “American Investigator.”

Marc Morano, former Communications Director for the Senate Environment & Public Works Committee and senior aide, speechwriter, and climate researcher for Senator James Inhofe (R-OK), is the executive editor and chief correspondent for ClimateDepot.com, a pioneering climate and eco-news center. The news effort, begun in April 2009, is a special project of the Committee for a Constructive Tomorrow (CFACT) and is the most comprehensive information center on climate news and the related issues of environment and energy.