HomeRight ColumnWhy This Scientist Did Not Attend The 'Science March' - 'Hijacked' by...
Right Column 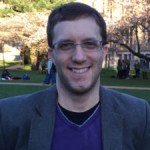 Dr. Alex Berezow joined the American Council on Science and Health as Senior Fellow of Biomedical Science in May 2016. Dr. Berezow is a prolific science writer whose work regularly appears in BBC News, The Economist, and USA Today, where he serves as a member of the Board of Contributors. With Hank Campbell in 2012, he co-authored the book Science Left Behind, which was an environmental policy bestseller. Formerly, he was the founding editor of RealClearScience. He holds a Ph.D. in microbiology.

While a march to support science sounds like a good idea, given the agenda, this scientist will not be attending.

I wrote previously of my concern that the Science March would be hijacked by the kind of political partisanship it should instead be concerned about – and that has indeed come true. This fear was based on not-so-subtle hints provided by its Twitter feed, such as embracing “intersectionality” (a concept taught in classes on feminism) as a core principle. To its credit, the march’s Twitter account has stopped dropping hints; now, it’s openly stating what its agenda actually is:

If you’re wondering what this has to do with science, you’re certainly not alone. The answer, of course, is nothing. These issues are the primary concern of revisionist historians and social justice warriors, not empirically-minded scientists.

The group’s updated website* sheds no new light on its cause. The front page is full of trite platitudes, such as: “We are scientists and science enthusiasts… Our diversity is our greatest strength.” This screenshot is from the diversity page:

It’s curious that a website that seeks to include everybody conspicuously left men, whites, and Christians off the diversity list. Similarly, the site’s mission statement is odd:

The march supports publicly funded science. That’s good, but what about privately funded science, where the majority of basic research and the overwhelming bulk of applied research, is done? Non-academic science makes up the vast majority of research in America. According to R&D Magazine, last year the U.S. spent $514 billion on research and development, 64% of which ($328 billion) came from industry. Why don’t those scientists count? Despite an enigmatic commitment to “diversity,” the march leaves out the majority of scientists. And the private sector is actually far more diverse in science than universities are.

Claiming to support evidence-based policies is nice, but it’s ultimately hollow if it doesn’t specify which policies. Surely, we could learn something about the real intention of the march if we knew who the organizers are. Alas, no transparency is to be found. For privacy reasons, the site won’t tell us who they are:

In summary: The Science March has now selected a date. But we don’t know what they’re marching about, who the organizers are, or what scientific policies they support. The only consistent message of substance from the group so far is an insistence on diversity, albeit a version that doesn’t include white men or scientists who don’t get government funding.

Is it too soon to conclude that the organizers never really intended this march to be about science in the first place?

Facebook
Twitter
WhatsApp
VK
Digg
Previous articleBill Nye, The Cognitive Dissonance Guy – ‘He is a junk science guy’
Next articleWatch: Princeton Physicist Dr. Will Happer criticizes ‘March for Science’: ‘It is sort of a religious belief for them’