Widespread claims of a dead Great Barrier Reef are overblown

After numerous media reports said the #Great Barrier Reef was dead from #Climate Change, reef divers wanted to correct the record: coral bleaching doesn’t mean death. Last month, researchers led by the ARC Centre for Excellence for Coral Reef Studies said that many regions of this natural wonder were dead and global warming was at fault. Now they’re back with even more dreadful news.

The government-funded ARC group, led by Professor Terry Hughes, recently completed aerial surveys to determine if the damage was centralized or spread across the 1,400-mile-long structure. The group was also behind many of the misleading headlines sounding the reef’s premature death knell last month. Bleaching, as many experts point out, is not the same as mortality, and can’t be determined from the cockpit of an airplane.

The surveys that Hughes conducted can’t distinguish what caused the ghosting of the corals. To determine the cause, divers need to do an up-close examination to determine if the bleaching was from storm damage, crown-of-thorns starfish (their number one predator), sea level rise, or warmer water. The flyovers actually indicate the most likely cause was from low tides and falling sea levels. 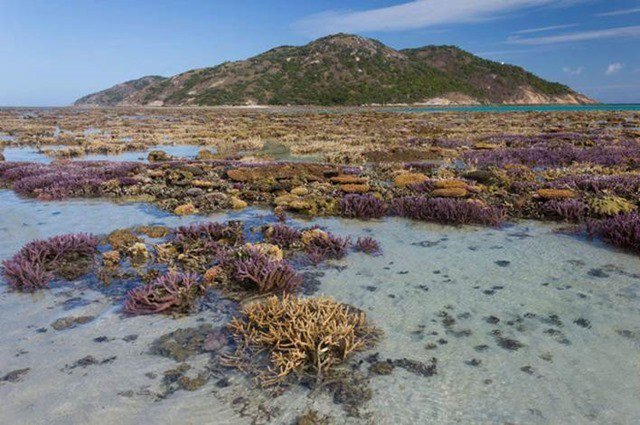 Watts Up With That @wattsupwiththat

Aerial surveys also can’t determine if the coral is really dead. That’s what divers, who run and own tour operations on the reef, are worried about. The executive director of the Marine Park Tourism Operators Col McKenzie said that some sites frequented by tourists have been hit hard by bleaching and emphasized the coral wasn’t dead and would likely recover.

“People are equating bleaching with death,” McKenzie told Australia’s Cairns-Post. “Well, it doesn’t quite work that way.” Because coral lives a few feet below the surface, aerial surveys don’t capture the full extent of a reef’s health, giving a false impression of widespread ghosting.

McKenzie said Far North Queenslanders need to let other people know what the true effects of bleaching have been, noting the last two years’ warmer-than-normal seawater has affected the coral. That was caused by a powerful, naturally occurring El Ninothat elevated sea surface temperatures in the tropical Pacific. Queensland’s Sen. Malcolm Roberts also tweeted out this well-known fact: