What follows is a wrap up of an article written by skeptic climate and weather site wobleibtdieerderwaermung.de here.

It writes that for thousands of years it has been the solar and ocean cycles that have been influencing the weather worldwide and in Germany.

And looking at data objectively, it is pretty clear that there is little relationship between weather/climate and the rising CO2 concentrations in the atmosphere, as the global warming pause between 1997-2016 shows:

Linear trend of RSS temperatures. No warming in 224 months despite the current powerful El Niño-event. “The least-squares linear-regression trend on the RSS satellite monthly global mean surface temperature anomaly dataset shows no global warming for 18 years 8 months since May 1997, though one-third of all anthropogenic forcings have occurred during the period of the Pause.“ Source: The Pause hangs on by its fingernails.

In fact new studies have clearly exposed three decisive errors in the programming of climate models:

1. The cooling effect of aerosols has been over-estimated by a factor of 2: Hamburg Max Planck Institute for Meteorology: Aerosols cool less than originally thought.

2. The warming effect of CO2 in in the atmosphere is as a result overestimated by a factor of 2 or three. See: Die kalte Sonne site here (German).

3. The complex effect of fluctuations in solar activity are poorly accounted for in climate models. Solar Forcing of Climate – NIPCC

The consequences: All parameters when used realistically lead to a considerably lower global and regional warming — especially in the future, see following chart: 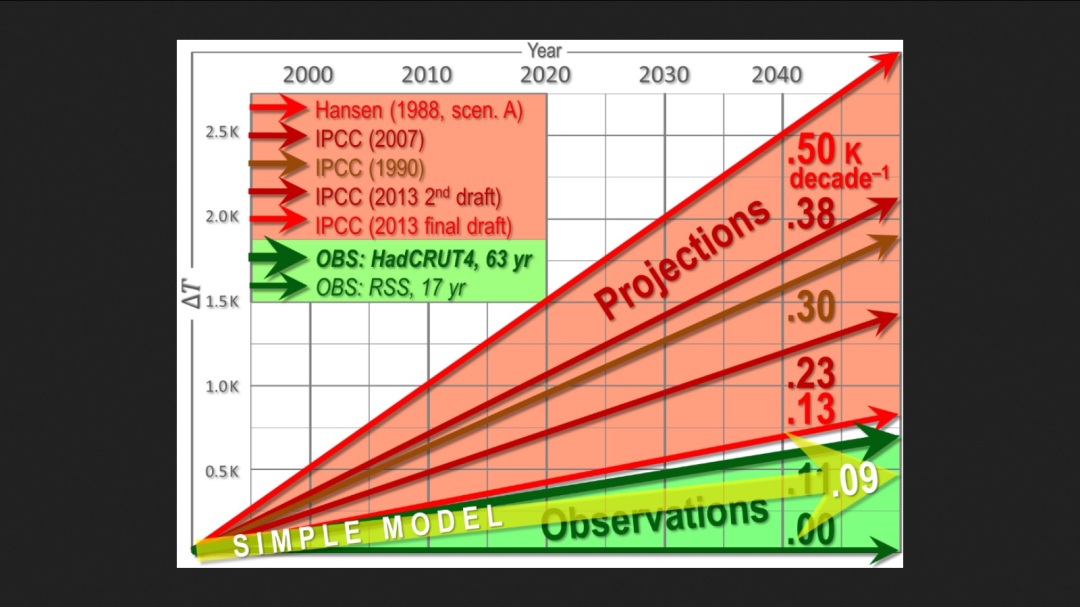 It’s time to end the hysteria surrounding CO2 and its grossly exaggerated effects on climate and the ridiculous efforts of protecting the climate on every point on the planet every day for 30 years (whose statistical average is the World Meteorological Organization’s definition of climate). Very little can be accomplished trying, and the price would be enormous and ruinous.