aim is not to save the world from ecological calamity but to destroy capitalism. 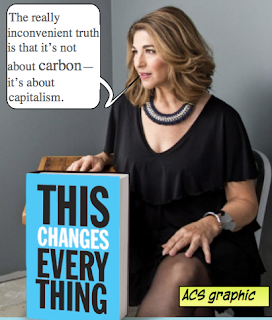 Naomi Klein in her latest book: This Changes Everything admits something very similar: (link)

AND it certainly isn’t about Carbon dioxide.