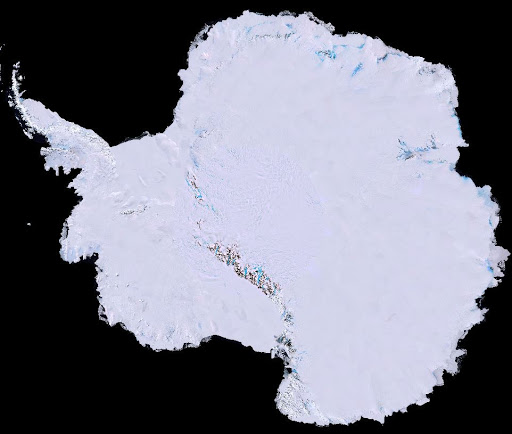 A huge crack recently formed through the Antarctic Larsen C ice shelf. The German Tagesspiegel here was fair and did not attribute it to climate change:

A huge iceberg threatens to break away from Antarctica
An iceberg twice the size of Saarland threatens to break off the Larsen-C ice shelf. That’s a rare spectacle. […] ‘The crack is probably 160 kilometers long and 300 to 500 meters deep,’ the project-involved scientist Martin 0′Leary told the German Press Agency on Saturday. A direct connection to climate change cannot be ascertained.”

That’s a normal process: Self ice forms, but does not last forever. Time and again cracks form and chunks break off. During the Little Ice Age the shelf ice was more extensive and stable. Before that, during the Medieval Warm Period, the shelf ice melted similarly like today. If one looks at the past 150 years — the global rewarming since the Little Ice Age — then no one wonders that the Antarctic shelf ice retreated 5 meters per day between 1900 and 1930. Over the past fifty years things probably have looked different, as the Antarctic sea water has cooled over the past 50 years. According to Sinclair et al. (2014), the Ross ice shelf has expanded 5%. Apparently the Antarctic sea ice is indeed more stable than previously thought.