Dan Rather smears Trump, pitches ‘erecting a monument’ for ‘climate deniers’ to showcase their ‘stupidity’

Former CBS news anchor Dan Rather has come out swinging at the “stupidity” and “folly” of “climate change deniers” and wants to “erect a monument built from materials impervious to the elements and list the names of all the elected officials and others in positions of power today in the U.S. who refuse to stand with the science on climate change.”

“When I see him appoint climate change deniers to key posts in his cabinet, I am deeply worried,” Rather wrote.

Rather wants this “monument” for “climate deniers” to be “on the coast – say off Miami – and have its base equal to the lapping waves of high tide. As sea levels rise, the monument will begin to be submerged, at increasingly greater depths. It will become a symbol of the cynicism, stupidity, and folly of our age.” Rather wrote about his proposed monument on his Facebook page on December 13. 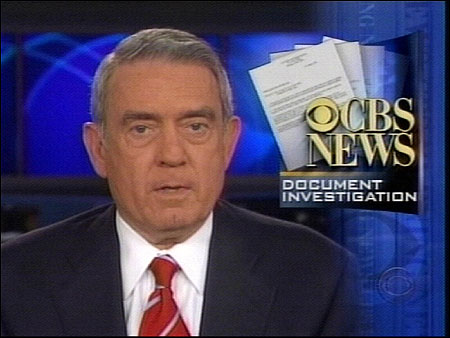 [Note, it is Rather himself who has to confront his “denial.” See: Dan Rather Still in State of Denial Over CBS Departure]

Rather declared he will be on a crusade fight back against “climate change deniers” by promoting those who voice man-made climate change fears.

“I am determined to bring these voices of reason to light,” Rather wrote.

Rather recently condemned what he believes is “fake news.” See: “Dan Rather on fake news”:

“First a few people, and then a lot of people said, ‘You know what, you can put out completely false things and, especially the way the Internet works, it’ll go viral and worldwide,’” Rather said in an interview with the San Francisco Chronicle. “And the truth has no chance of catching up with it,” he added. “Many journalists, including myself, when we get together over an adult beverage, we talk about ‘What the hell happened here?’” (Also see: Dan Rather: Trump Response to Climate Change ‘Alarming’)

Dan Rather in his retirement seems to have failed to keep up with climate change claims and the latest science.

Sea Level facts: Via page 8 of the new 44-page State of the Climate Report released during the UN Climate Summit in Morocco – November 2016

Sea levels have been rising since the last ice age ended more than 10,000 years ago. There is currently no acceleration in sea level rise.

Former NASA Climatologist Dr. Roy Spencer in 2016: “Sea level rise, which was occurring long before humans could be blamed, has not accelerated and still amounts to only 1 inch every ten years. If a major hurricane is approaching with a predicted storm surge of 10-14 feet, are you really going to worry about a sea level rise of 1 inch per decade?

Climatologist Dr. Judith Curry of Georgia Institute of Technology: ‘Sea level will continue to rise, no matter what we do about CO2 emissions.’ – ‘The IPCC figure 3.14 suggests that there is no acceleration, given the large rates of sea level rise in the first half of the 20th century.  Until we have an understanding of variations in decadal and multi-decadal sea level rise, we can’t make a convincing argument as to acceleration.’

Meteorologist Tom Wysmuller: ‘For the past 130 years there has been ZERO acceleration in sea-level rise as directly measured by tide gauges in tectonically inert areas (land neither moving up nor down), even as CO2 has risen almost 40% in the same period.’

Global sea level rise from tide gauges (1.6 mm/year) is half of that claimed from satellites (3.2 mm/year). Which is right? – ‘There is no acceleration of the increase’ – [Climate Depot Note: According to tide gauges, Sea Level is rising LESS than the thickness of one nickel (1.95 mm thick) per year or about the thickness of one penny (1.52 mm thick) a year. According to satellite info it is rising slightly more than two pennies a year (3.04 mm)]

New study finds sea levels rising only 7 in. per century – with no acceleration

I think we should erect a monument built from materials impervious to the elements and list the names of all the elected officials and others in positions of power today in the United States who refuse to stand with the science on climate change.

We can put this monument on the coast – say off Miami – and have its base equal to the lapping waves of high tide. As sea levels rise, the monument will begin to be submerged, at increasingly greater depths. It will become a symbol of the cynicism, stupidity, and folly of our age. And it will be important for future generations to know who was responsible for this failure of action and imagination as this global crisis crescendoed. When I see Donald Trump cast doubt on climate change, I am deeply disappointed. When I see him appoint climate change deniers to key posts in his cabinet, I am deeply worried. When I see those in the scientific community and elsewhere pushing back, I am determined to bring these voices of reason to light.

Science is not a conclusion. It’s a process. It’s also about the real world. Not a post-truth world. If you’re wrong as a scientist, it’s hard to keep that hidden for very long because others will do an experiment and show the limitations of your earlier conclusions.

To cherry pick the science you like is to show you really don’t understand much of anything. That is your right. But when it affects my life, that of my family, the future direction of my country, and the health of our planet, than the ignorance is far from harmless. The world must remember what is happening here and perhaps the judgement of history might induce some to the action we so desperately need.