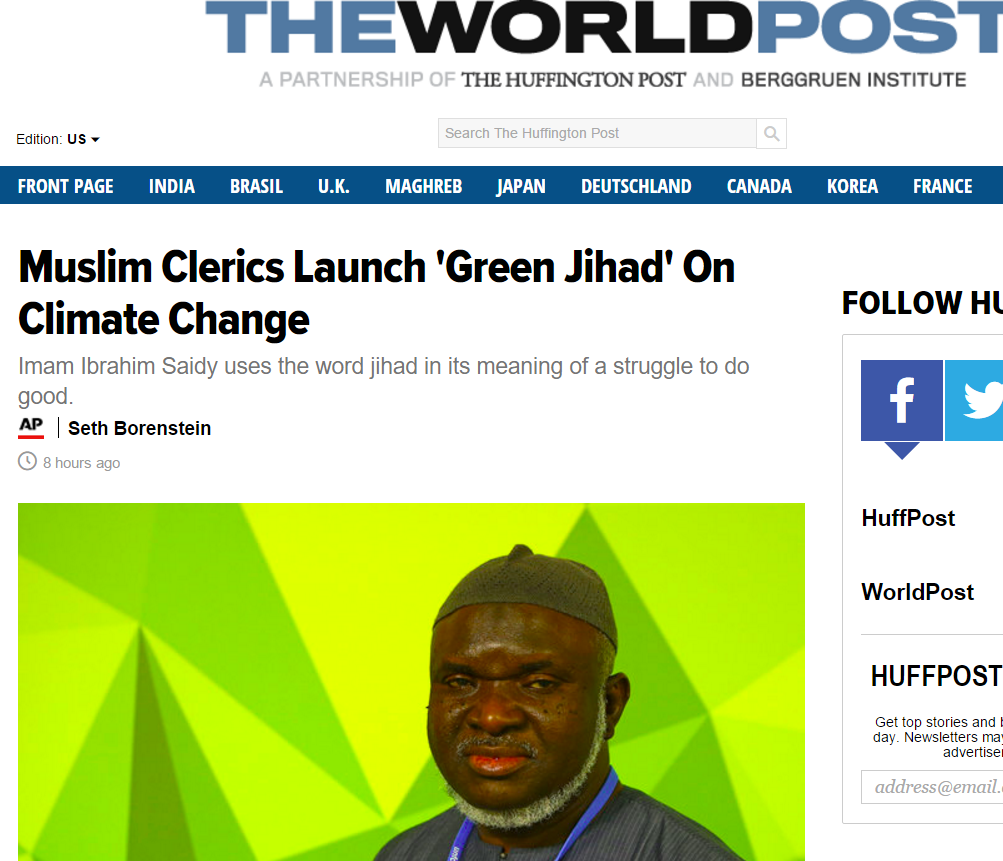 Excerpt: Imam Ibrahim Saidy brought his symposiums and his monthly fasting to the Paris climate talks, hoping to call attention to the problems and injustice of global warming.

He calls it “green jihad.”

The Muslim cleric from Norway came up with the idea of an environmental holy movement a year ago. He uses the word jihad in its meaning of a struggle to do good, as opposed to extremists’ use of it to signify a holy war.

“The green jihad is to protect and save lives,” Saidy told The Associated Press on Tuesday. “To make people aware of the dangers of climate change and fight for climate justice.”

Saidy is part of a growing interfaith religious movement seeking action by governments to fight global warming. For the past two years, about 10,000 religious activists have been fasting on the first day of the month to call attention to global warming, according to Caroline Bader of the Lutheran World Federation.

Cryptocurrency, which until recently received a climate pass from Californian anarchy money advocates, is increasingly being seen as a climate villain.
Read more

Sea ice is still abundant in spring (April-June), which is the critical feeding period for polar bears: they must consume about 2/3 of the...
Read more