Washington DC: The hopes were so high back in August for a massive climate rally to support Pope Francis’ climate push. But reality has now sunk in .

Climate Prediction: August 25, 2015: WaPo: ‘For Pope Francis’s D.C. visit, environmental rally of up to 200K planned’ – Several environmental groups are planning a major climate rally that will draw hundreds of thousands to the National Mall on Sept. 24, the day Pope Francis speaks to Congress and is expected to address the public afterwards. The permit for the gathering — which will make the moral case for reducing greenhouse gas emissions linked to global warming — is for 200,000 people. The Moral Action on Climate Network, along with the Earth Day Network, League of Conservation Voters, Sierra Club and other groups, have timed the rally on the Mall the same day of the pope’s speech.

Reality: September 24, 2015: ‘Pope’s Visit To D.C. Inspires Hundreds To Rally For Climate’ Rally – ‘On Thursday morning — as Pope Francis prepared to make history by addressing Congress — hundreds of activists gathered on the National Mall. Holding signs, petitioning for signatures, and offering spirited remarks to an expectant crowd, the activists represented a spectrum of causes and religious denominations, from young evangelicals to Black Lives Matter leaders.’
#
Greenpeace seemed to confirm the small turnout for the climate rally, tweeting out today:
Amazing crowd! The Pope has left but the climate rally continues. 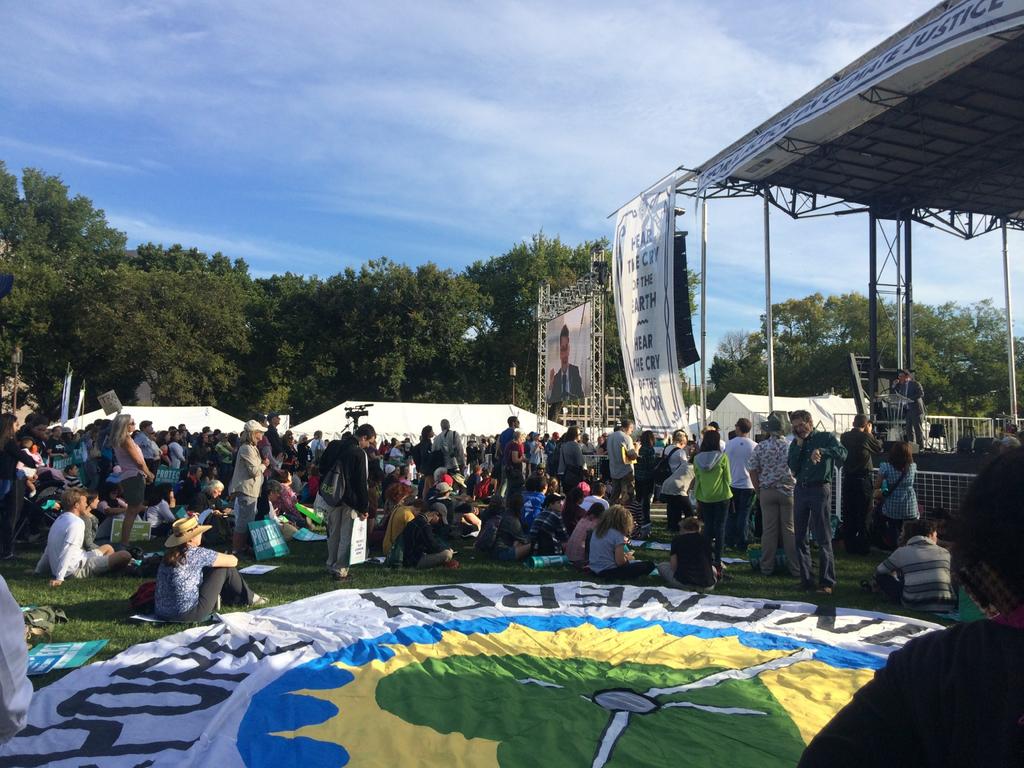 Actor Harrison Ford’s Green Religion: ‘I needed something outside of myself to believe in and I found in nature a kind of God’ – Flashback: Michael Crichton: ‘One of the most powerful religions in the Western World is environmentalism. Environmentalism seems to be the religion of choice for urban atheists.’

Facebook
Twitter
WhatsApp
VK
Digg
Previous articleObama: I should have acted sooner on climate change
Next articleWarmist: ‘If Democracy Can’t Respond to Climate Change, Should We Abandon Democracy?’