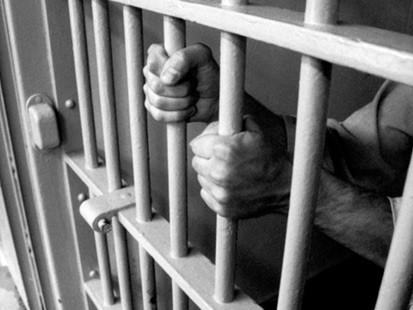 Via The Weekly Standard:

Writing in the Washington Post, Sheldon Whitehouse, a Democratic Senator from Rhode Island, offered a curious suggestion for dealing with global warming skeptics:

In 2006, Judge Gladys Kessler of the U.S. District Court for the District of Columbia decided that the tobacco companies’ fraudulent campaign amounted to a racketeering enterprise. According to the court: “Defendants coordinated significant aspects of their public relations, scientific, legal, and marketing activity in furtherance of a shared objective — to . . . maximize industry profits by preserving and expanding the market for cigarettes through a scheme to deceive the public.”

The parallels between what the tobacco industry did and what the fossil fuel industry is doing now are striking. … The coordinated tactics of the climate denial network, Brulle’s report states, “span a wide range of activities, including political lobbying, contributions to political candidates, and a large number of communication and media efforts that aim at undermining climate science.” Compare that again to the findings in the tobacco case.
The tobacco industry was proved to have conducted research that showed the direct opposite of what the industry stated publicly — namely, that tobacco use had serious health effects. Civil discovery would reveal whether and to what extent the fossil fuel industry has crossed this same line. We do know that it has funded research that — to its benefit — directly contradicts the vast majority of peer-reviewed climate science. One scientist who consistently published papers downplaying the role of carbon emissions in climate change, Willie Soon, reportedly received more than half of his funding from oil and electric utility interests: more than $1.2 million.

To be clear: I don’t know whether the fossil fuel industry and its allies engaged in the same kind of racketeering activity as the tobacco industry. We don’t have enough information to make that conclusion. Perhaps it’s all smoke and no fire. But there’s an awful lot of smoke.

That’s right — a sitting U.S. Senator is suggesting using RICO laws should be applied to global warming skeptics. Courts have been defining RICO down for some time and in ways that aren’t particularly helpful. In 1994, the Supreme Court ruled RICO statutes could be applied to pro-life activists on the grounds that interstate commerce can be affected even when the organization being targeted doesn’t have economic motives.

Obviously, there’s a lot of money hanging in the balance with regard to energy policy. But when does coordinating “a wide range of activities, including political lobbying, contributions to political candidates, and a large number of communication and media efforts” go from basic First Amendment expression to racketeering? The tobacco analogy is inappropriate in regards to how direct the link between smoking and cancer is. Even among those who do agree that global warming is a problem, there’s a tremendously wide variety of opinions about the practical effects. Who gets to decide whether someone is “downplaying the role of carbon emissions in climate change” relative to the consensus? If message coordination and lobbying on controversial scientific and political issues can be declared racketeering because the people funding such efforts have a financial interest in a predetermined outcome, we’re just going to have to outlaw everything that goes on in Washington, D.C.

Of course, this isn’t the first time someone has suggested prison for global warming deniers. Gawker’s Adam Weinstein did that last year, because “First Amendment rights have never been absolute. You still can’t yell ‘fire’ in a crowded theater. You shouldn’t be able to yell ‘balderdash’ at 10,883 scientific journal articles a year, all saying the same thing: This is a problem, and we should take some preparations for when it becomes a bigger problem.” Naturally, Weinstein would quote Oliver Wendell Holmes’s admonition that you can’t shout fire in a crowded theater without bothering to mention that Holmes’s quote comes from a ruling where he decided that a man posting flyers in opposition to the draft in World War I had violated the 1917 Espionage Act. And in case you’re wondering, this is the same 1917 Espionage Act  that the Obama administration invoked last year to justify the Department of Justice snooping on the Associated Press newsroom and Fox News national security reporter James Rosen. Those who blithely remind us that “free speech rights have never been absolute” always seem to have a suspiciously narrow understanding of how absolute free speech rights should be or why they need to be zealously guarded from tumbling down the slippery slope.

Then Robert F. Kennedy, Jr. also joined the chorus last year. After saying he wants to jail climate deniers, he moderated his position by saying he merely wants to legally go after corporations and think tanks who disagree with climate science, noting that “Koch Industries and ExxonMobil have particularly distinguished themselves as candidates for corporate death.” This is pretty rich coming from someone who’s still insists vaccines cause autism, all scientific evidence to the contrary. And if we really want to compound the irony here, do note this headline at Think Progress last month: “Robert Kennedy Jr. Blasts Vaccine Science, Compares It To Tobacco Companies Denying Cancer Link.” No doubt RICO charges are in order for vaccine makers.

Robert F. Kennedy Jr. Wants To Jail His Political Opponents – Accuses Koch Brothers of ‘Treason’ – ‘They ought to be serving time for it’

Facebook
Twitter
WhatsApp
VK
Digg
Previous articleUN IPCC’s Pachauri found guilty in sexual harassment case by Internal Complaints Committee
Next articleClimate Depot Responds to Sen. Whitehouse: ‘The warmists have it exactly backwards. It is the global warming proponents who are guilty of the tobacco tactics.’

Includes video; We're all used to President Biden's hilarious gaffs, Biden accidentally saying the quiet part out loud, but this one takes the peach.
Read more