Climate Change Editorial by the Washington Post contains many mis-statements, half-truths, and omissions. Reply by a scientist is warranted 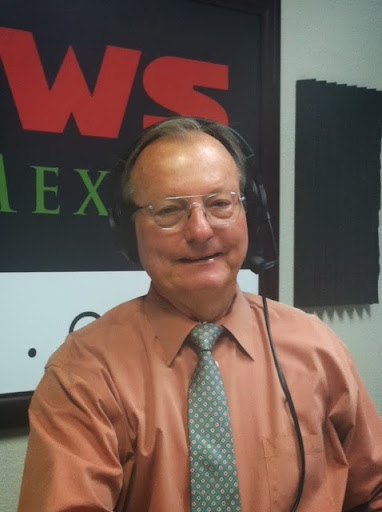 The recent editorial by the Washington Post “Humans’ complicity in climate change can’t be ignored,” begins describing the Intergovernmental Panel on Climate Change, the IPCC, as, “arbiter of the scientific consensus.”  Scientific Consensus is an oxymoron. Science is not done by consensus, it is done using the scientific method: Propose a hypothesis, carefully observe the results, and determine whether the observations match the results. If the results don’t confirm the hypothesis, the hypothesis is wrong.

The claim, increasing greenhouse gases humans have emitted into the atmosphere as chief driver of the warming of the planet over the past half-century, a finding to which they ascribe 95 percent confidence, is without merit or foundation.  There is no technical basis for such a claim, if there were, the IPCC would trumpet it loudly; it is simply bloviation.

Since the Post mentions greenhouse gases, we have a considerable number of observations of the temperature, made by NASA satellites since 1979, to validate or falsify the IPCC claims.  Measured temperatures from the lower troposphere are determined by the microwave emission from O2 molecules, and are published by two world class organizations, the University of Alabama at Huntsville, UAH, and Remote Sensing Systems, Inc, or RSS, from California.

Observations of greenhouse temperatures by UAH are available monthly on the Internet at http://www.drroyspencer.com/latest-global-temperatures/  These data show that the latest temperature a mere 0.17C above the 30 year mean 1981-2010. Look at the data; there is no CO2 signal.

There is a nice display of the time series of temperature data determined by RSS available at  http://wattsupwiththat.com/2013/08/25/rss-flat-for-200-months-now-includes-july-data/#more-92347  RSS’ determination of temperatures in the lower troposphere shows no warming for the past 200 months, well over sixteen years.

The IPCC models which predict significant greenhouse gas warming in the troposphere are falsified by the measurements. The 0.17C warming observed by UAH for the past 30 years is very modest and the net zero warming over the past 16-2/3ds years observed by RSS are not mentioned by the Post’s reporting of the upcoming IPCC publication.

Sometimes the British Press can observe that which can’t be said in the American Press: http://www.dailymail.co.uk/sciencetech/article-2217286/Global-warming-stopped-16-years-ago-reveals-Met-Office-report-quietly-released–chart-prove-it.html

The Post says, “The past three decades were probably the hottest in 800 years.” That means 1000 years ago the Medieval Warm Period was warmer than today. Think about that, with record amounts of CO2 in the air and the greenhouse gas methane about which so much is written nowadays, it was warmer during the MWP than today. The GISP2 ice core data is instructive, and an annotated temperature time series of the data, first published by Richard Alley of Penn State, is available at http://jonova.s3.amazonaws.com/graphs/lappi/gisp-last-10000-new.png. Note the nearly regular warm periods: Minoan, 3500 years ago, Roman, 2000 years ago, Medieval, 1000 years ago, and the present warm period.  These warm periods were first noted by Gerhard Bond of Columbia in the 1990s and the more or less regular appearance of naturally-occurring warm periods of ~1000-1470-year intervals are now know as Bond Cycles.

Since the depths of the Little Ice Age, about 1690AD, we might expect that natural warming would continue until 2190 or perhaps 2430.

The Post’s mention that present <CO2> is increasing well above the amounts in the air 22,000 years ago is worth exploring.  22,000 years ago the earth was in the Wisconsin Ice age; during the depths of the Wisconsin, <CO2> decreased so much that deciduous trees in North America collapsed because of CO2 starvation, as reported by Gelbart.   Even pines from La Brea’s Tar Pits experienced collapse from CO2 starvation as reported by Joy Ward. If the present atmosphere were not enriched with CO2, there would not be enough plant materials for food for the animals with which we share this earth. Atmospheric CO2 is the source for all of the carbohydrates we consume; 22,000 years ago plant and animal life in North America was struggling because of CO2 starvation.

The post mentions a 2-7F increase in temperatures postulated by the IPCC, but does not mention the source of these forecasts, computer models. This forecast is not off to a good start because there has been no warming for over sixteen years and the century is 1/8th gone.   What the Post does not mention is that computer models can not make forecasts decades or 100 years in advance, because there are no solutions for the equations of motion, which are non linear partial differential equations. Because we can not solve these equations, we can not make weather forecasts many days or weeks into the future. NOAA predicted an “above-average to potentially hyperactive season” when it made its forecast in May. As I write this on 28 August, there has not been a single hurricane this year and the season will be half over on 10 September.

The Post says, “The sea is rising faster in recent years than before,” a claim clearly not true. NOAA operates a series of tide gages which determine sea level over time directly using a float device; this is called an in-situ measurement, a gold standard from which other measurements are compared. From San Francisco, perhaps the longest in years tide gage in operation, the data are at http://tidesandcurrents.noaa.gov/sltrends/sltrends_station.shtml?stnid=9414290

There is plainly no acceleration of sea level rate of rise.

Look at the East Coast data from The Battery, at the lower tip of Manhattan: http://tidesandcurrents.noaa.gov/sltrends/sltrends_station.shtml?stnid=8518750. Again, plainly there is no acceleration in sea level rise.

Consider this from History. On 28 September 1066 William the Conqueror landed on the south coast of what is now England at an old Roman fort, Pevensey Castle, on his way to the Battle of Hastings,14 October 1066.  Pevensey is famous, (infamous?) because castle occupants threw prisoners out the Sea Gate into the ocean, where the tide carried bodies of the unfortunate off to sea. This is historical fact. There is another problem with the Post’s claim, “sea level rising faster in recent years than before.”  Pevensey Castle is now well inland, which means that sea level was higher in 1066, the Medieval Warm Period, than today. This means that sea level actually fell during the Little Ice Age and the present rate of rise of sea level is quite modest, as the tide gages show. The history lesson not yet learned by the Post is at http://todieadrydeath.com/2013/02/07/climate-change-isnt-new/

Perhaps the Post could better report on science issues if they had scientists as writers or at least science-qualified editors in their employ.

Robert W. Endlich served as Weather Officer in the USAF for 21 Years. From 1984-1993 he provided toxic corridor and laser propagation support to the High Energy Laser Systems Test Facility at White Sands Missile Range. He has published in the technical literature and worked as software test engineer.  He was elected to Chi Epsilon Pi, the national Meteorology Honor Society, while a Basic Meteorology student at Texas A&M University. He has degrees in Geology and Meteorology from Rutgers University and the Pennsylvania State University.

Curbing DRC’s oil and gas production would disrupt a legitimate path to safe and prosperous living, which every other developing country in the world...
Read more

New Zealand is in a food crisis. Food prices jumped 11.3% over the last 12 months, many families are struggling. The government response is...
Read more

Solyndra mark two? Despite government debt of $31 trillion, and a looming debt ceiling standoff with the Republican Congress, the Biden DOE has chosen...
Read more