Germany’s SolarWorld, once Europe’s biggest solar power equipment group, said on Wednesday it would file for insolvency, overwhelmed by Chinese rivals who had long been a thorn in the side of founder and CEO Frank Asbeck, once known as “the Sun King”. A renewed wave of cheap Chinese exports, caused by reduced ambitions in China to expand solar power generation, was too much to bear for the group, which made its last net profit in 2014. —Reuters, 11 May 2017 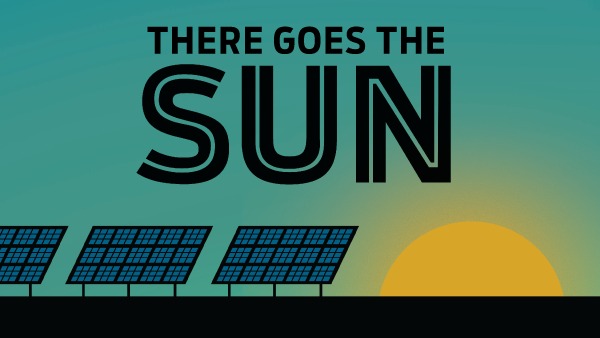 The company once hailed as Europe’s largest solar panel producer filed for bankruptcy Wednesday, blaming cheap Chinese panels for flooding the market. SolarWorld is only the latest bankrupt solar company to blame the Chinese. U.S.-based Suniva Inc. filed for bankruptcy in April, also citing stiff competition from Chinese solar panel makers. The solar industry’s biggest problem is likely the very mechanism that led to its rise: lucrative subsidies. European subsidies, mostly in Germany, led to a massive expansion of the companies green energy industry, but eventually subsidies became their undoing as cheaper solar panels from China began to win out. –Michael Bastasch, The Daily Caller, 11 May 2017

More than 100 coal power plants are in various stages of planning or development in 11 African countries outside of South Africa — more than eight times the region’s existing coal capacity. Africa’s embrace of coal is in part the result of its acute shortage of power. –Jonathan W. Rosen, National Geographic, 10 May 2017

2) Largest US Solar Panel Maker Files For Bankruptcy After Receiving $206 Million In Subsidies
The Daily Caller, 11 May 2017

4) Why India And Pakistan Are Renewing Their Love Affair With Coal
MIT Technology Review, 3 May 2017

5) Al Gore Personally Pleads With Trump to Stay in the Paris Climate Agreement
Daily Caller, 10 May 2017

7) Matt Ridley: Wind Turbines Are Neither Clean Nor Green
The Spectator, 11 May 2017