Former President Barack Obama traveled to Italy this week to make a speech on climate change at the “Seed & Chips: The Global Food Innovation Summit” in the city of Milan.

It seems like Obama has taken a page out of Leonardo DiCaprio’s book of “do as I say, not as I do” and took a private jet to Milan. Not only that, he had a 14 car convoy to get into the city, which also included protection from above with a helicopter.

It doesn’t end there. According to The Daily Mail, 300 police officers were used to protect the former president. 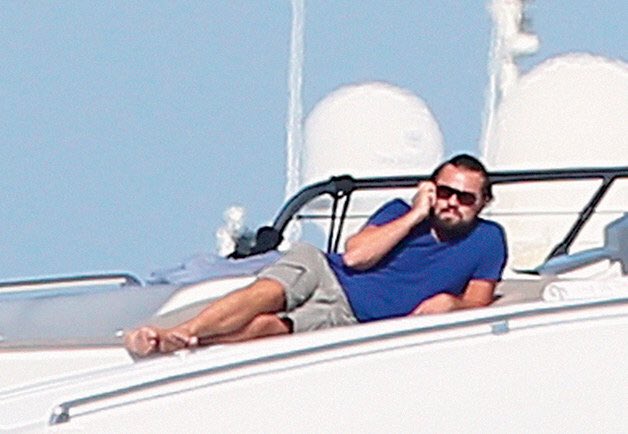 The fleet of 14 included multiple SUVs, police cars, and sedans — not to mention a few motorcycles.

Here’s another look at the convoy:

While in Milan, Obama also met with former Italian Prime Minister Matteo Renzi, who was a close partner during their respective times in office.

During his post-presidency vacation, Obama spent many weeks in French Polynesia on music mogul David Geffen’s 450ft superyacht, which surely does not frugally sip fossil fuels like he wants the rest of the country to do.

James Hansen is a mixed bag. In important areas, he speaks truth to power and is a thorn in the side of “magical thinking”...
Read more

Hurricane Ian is projected to run right up the channel leading into Florida’s Tampa Bay, making landfall as a Major Hurricane.
Read more

What Happened to The Ice-Free Arctic?

From NOT A LOT OF PEOPLE KNOW THAT By Paul Homewood I wonder how these predictions worked out? (Answers tomorrow!!) . Scientists in the...
Read more