Analyses show that global temperatures continue their rapid cooling trend, as Schneefan here writes. What follows are excerpts of his recent comprehensive analysis.

The cooling comes naturally in the wake of the moderate La Nina conditions that have ruled over the past months.

In April surface temperatures 2 meters above the ground plummeted as the following NCEP chart shows: 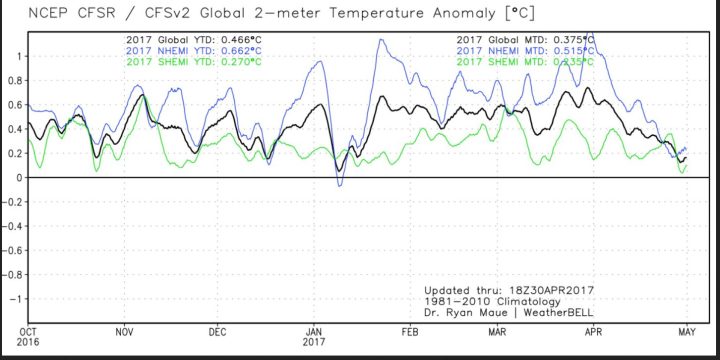 Global satellite temperature anomaly from the mean measured by the University of Alabama in Huntsville (UAH) rebounded a bit after a large March drop. 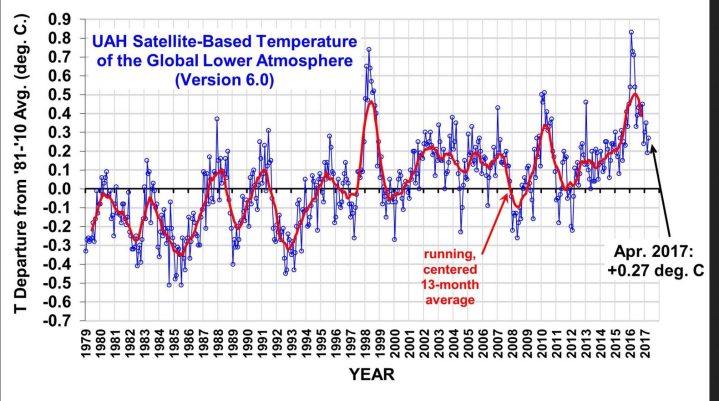 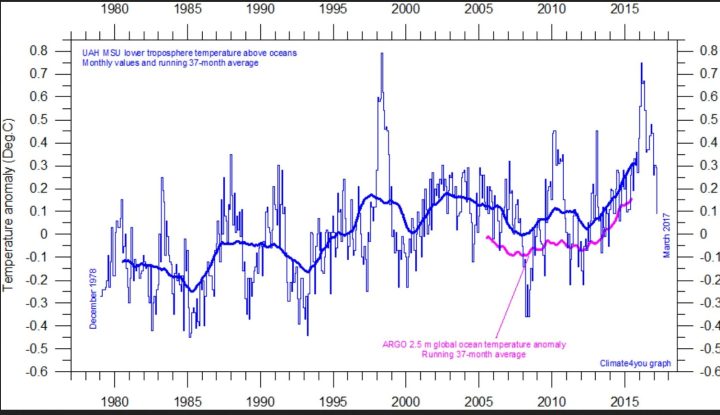 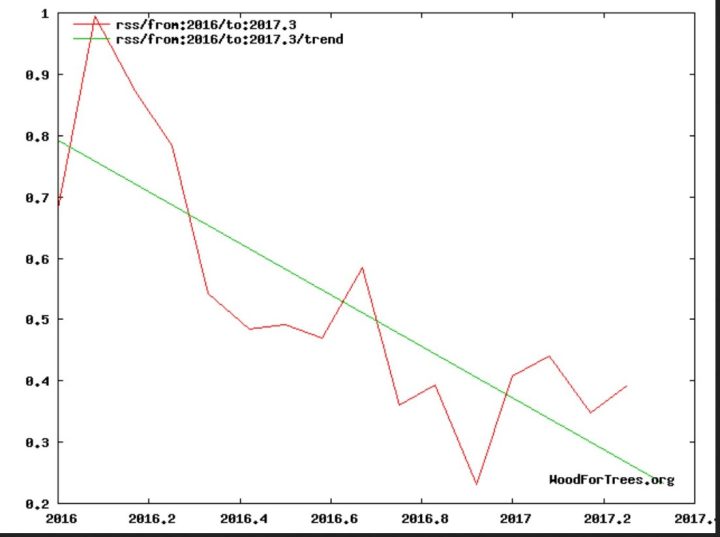 Moreover despite the powerful warming El Niño event of 2015/16, the unfalsified satellite data in 2016 show that no new significant global heat record was seen when compared to the El Niño year of 1998. We are talking about hundredths of a degree, completely within the boundaries of uncertainty.

No significant warming in 20 years

The powerful linear global cooling continued in April 2017 and will continue for the time being, Schneefan writes.

What does that mean for the global warming? Schneefan adds:

The IPCC global warming claimed by the climate models has been missing for almost 20 years. And that despite the constantly rising atmospheric CO2 concentrations!”

And just days ago, Kenneth Richards here showed that there hasn’t been any warming over the entire southern hemisphere at all. The warming of the past decades is not even global.

What is now becoming glaringly obvious is that the IPCC has wildly overestimated its projected global warming for the future. When the IPCC models from the various IPCC reports are compared to the observations, the result gets vividly illustrated by the following chart showing the satellite observed temperatures from January 2001 to June 2016: 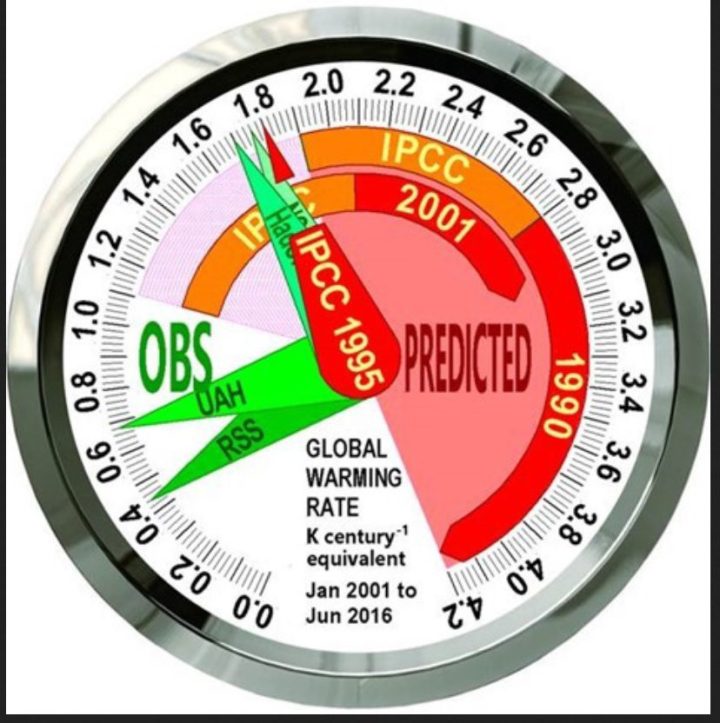 The Global Warming Speedometer for January 2001 to June 2016 shows observed warming on the HadCRUT4 and NCEI surface temperature datasets as below IPCC’s least prediction in 1990 and somewhat on the low side of its 1995 and 2001 predictions, while the satellite datasets show less warming than all IPCC predictions from 1990 to 2001. Later IPCC predictions are too recent to be reliably testable. Source : Is the Reuters “news” agency committing fraud?

The growth in so-called multiyear Arctic sea ice has been considerable over the past nine years. The Chukchi Sea and the East Siberian Sea had little thick multiyear ice back in February 2008. But by February 2017 there was a lot. Massive Growth In Thick Arctic Sea Ice:

Facebook
Twitter
WhatsApp
VK
Digg
Previous articleOh noes! Global warming kills gut bacteria in lizards
Next articleScientists ‘More Confident Than Ever’ In Global Warming After Studying The Lack Of It For 15 Years