WASHINGTON DC, April 29, 2017 – Climate skeptics from the Committee For A Constructive Tomorrow (CFACT) will be in attendance at the “People’s Climate March” in our nation’s capital on Saturday April 29 and will be bringing large billboards countering the premise of the march.

Images of billboards that will be at the march below: The skeptics will also be handing out a newly released report “How to Talk Climate Change Issues 2017” offering a virtual A-Z debunking of the climate claims that will be heard at the march.

The “Talking Points Memo,” by veteran climate journalist Marc Morano of CFACT’s Climate Depot, is a complete skeptics’ guide for elected officials, media and the public on how to discuss global warming backed up by dozens of citations to peer-reviewed research.

“We look forward to wading into the crowds at the march and presenting the scientific facts to counter this utter nonsense, ” Morano said. “Make no mistake, climate campaigners who tout UN agreements and EPA regulations as a way to control Earth’s temperature and storminess are guilty of belief in superstition,” he added. The need for a “Talking Points Memo,” according to Morano, became evident after several government officials fared poorly in their attempts to defend a skeptical view of climate change in recent high-profile media interviews.

“It is obvious that many in Washington badly need information on how to articulate the case against man-made climate change fears,” he said.

Many of the arguments put forth by global warming advocates either embellish or distort the scientific facts on a host of issues, ranging from rising sea levels and global temperatures to polar caps to extreme weather and polar bears, among others. The “Talking Points Memo” is designed to arm people with important facts so they can better engage in climate change debate with those advocating the UN/Al Gore position. Footnotes are provided to substantiate all the claims made in the document.

The Talking Points Memo is available at ClimateDepot.com and CFACT.org

Excerpt: “Global warming hype and hysteria have for some time dominated the news media, academia, schools, and institutions like the UN and the U.S. government. Many of the arguments put forth by global warming advocates either embellish or distort the true facts on a host of issues, ranging from rising sea levels and record temperatures to melting polar caps and polar bears, among others. This talking points memo is designed to arm people with the latest information on some important facts so they can better engage in climate change debate with those advocating the UN/Al Gore position. Footnotes are provided to substantiate all the claims made in this document.”

Gore Effect: The threat of a major snowstorm is already putting Denver-area climate marches on ice. With the Washington Post reporting on how the “sweltering heat” in our nation’s capital is providing a relevant backdrop for the “People’s Climate March” tomorrow, the foot of snow expected in Colorado tomorrow has already postponed one of the several planned protests in the state…But one out of the twelve protests in Colorado has already been postponed due to an impending snowstorm. The National Weather Service’s winter storm warning projects six to 12 inches of snow, but there is potential for up to two feet in the Denver Metro Area. … In December, a small group of Colorado activists protesting global warming were similarly met with extreme cold. 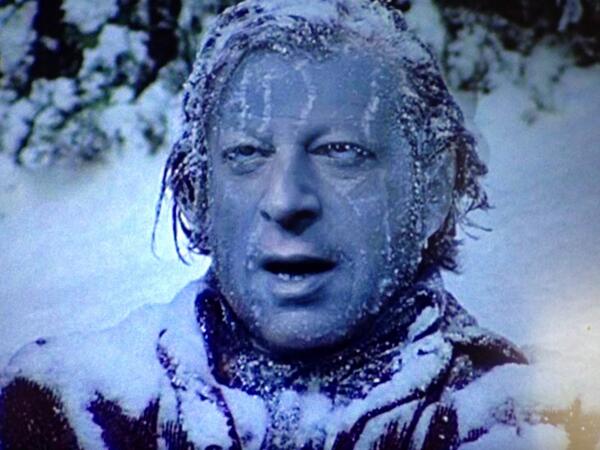 Climate activist Laurie David quits retirement after Trump win: ‘After the election, it took me two weeks to just stop crying’ – Hollywood’s Laurie David, the Crying Activist & producer of Al Gore’s “An Inconvenient Truth”: “After the election, it took me two weeks to just stop crying. I was just anticipating what was to come and what has come was worse than what I was crying about,” David told The Hollywood Reporter. “We lived through George Bush, we lived through Newt Gingrich, but that is nothing compared to what is happening.” With two national marches planned over the next seven days – the Science March on Saturday and the People’s Climate March a week later – David is back in action and renewing her efforts.
Flashback 2006: Crying Activist Part 2: UK Guardian: Laurie David cried for 3 days when John Kerry lost the presidency in 2004. ‘What she did do was take to her bed and cry. For three days and three nights.’
Flashback 2007: Crying Activist Part 3: NPR: Laurie David on her climate awakening: ‘I remember crying every day at five in the afternoon’
Facebook
Twitter
WhatsApp
VK
Digg
Previous articleClimate march in Denver to feature a ‘die in’: ‘People wearing black will lay on the ground as if they are dead’
Next articleGLOBAL TEMPERATURES PLUNGE NEARLY 1 DEGREE F IN APRIL

Yes indeed! The US does not have to go cap in hand to OPEC; it merely needs to get get domestic production growing again.
Read more

The Atlantic: The Inflation Reduction Act has Unleashed “Uncapped” Spending on Climate Change

According to The Atlantic, the IRA costs are just estimates. For many items there are no limits on the magnitude of federal climate subsidies...
Read more

There has not been an increase in the frequency, intensity, or speed of intensification of Atlantic hurricanes in the past several decades.
Read more