Effective January 1, I have resigned my tenured faculty position at Georgia Tech.

Before reflecting on a range of things, let me start by answering a question that may have popped into your head: I have no plans to join the Trump administration (ha ha).

Technically, my resignation is a retirement event, since I am on the Georgia State Teachers Retirement System, and I need to retire from Georgia Tech to get my pension (although I am a few years shy of 65). I have requested Emeritus status.

So, I have retired from Georgia Tech, and I have no intention of seeking another academic or administrative position in a university or government agency. However, I most certainly am not retiring from professional life.

Why did I resign my tenured faculty position?

I’m ‘cashing out’ with 186 published journal articles and two books. The superficial reason is that I want to do other things, and no longer need my university salary. This opens up an opportunity for Georgia Tech to make a new hire (see advert).

The deeper reasons have to do with my growing disenchantment with universities, the academic field of climate science and scientists.

A deciding factor was that I no longer know what to say to students and postdocs regarding how to navigate the CRAZINESS in the field of climate science. Research and other professional activities are professionally rewarded only if they are channeled in certain directions approved by a politicized academic establishment — funding, ease of getting your papers published, getting hired in prestigious positions, appointments to prestigious committees and boards, professional recognition, etc.

How young scientists are to navigate all this is beyond me, and it often becomes a battle of scientific integrity versus career suicide (I have worked through these issues with a number of skeptical young scientists).

When I first started down this new path in 2010, I published papers that could be categorized as applied philosophy of science (e.g. uncertainty monster, etc). This seemed to be a path towards maintaining academic ‘legitimacy’ in light of my new interests, but frankly I got bored with playing the game. Why go to the extra effort to publish papers, wrestling with reviewers who (usually) know less than you do about your topic (not to mention their biases), having to pay to get an article published some months in the future, so that maybe 100 people will read it? Not to mention the broader issues related to coping with the university bureaucracy, government funding, etc.

Once you detach from the academic mindset, publishing on the internet makes much more sense, and the peer review you can get on a technical blog is much more extensive. But peer review is not really the point; provoking people to think in new ways about something is really the point. In other words, science as process, rather than a collection of decreed ‘truths.’

At this point, the private sector seems like a more ‘honest’ place for a scientist working in a politicized field than universities or government labs — at least when you are your own boss.

Climatologist Dr. Judith Curry branded a ‘heretic’ for challenging ‘global warming’ – ‘I was tossed out of the tribe’

Curry: ‘There’s no way I could get a government research grant to do the research I want to do.’

Climatologist Dr. Judith Curry rips UN IPCC’s ‘expert judgement’ that humans are ‘extremely likely’ responsible for more than half of warming since 1951

Climatologist Dr. Judith Curry is ‘biggest threat’ to consensus: ‘A woman in the eye of the political storm over climate change’

Chatting With ‘A Climate Heretic’: Climatologist Dr. Judith Curry reverses belief in AGW – Climategate ‘triggered a massive re-examination of my support of the IPCC, and made me look at the science much more skeptically’ Climatologist Dr. Judith Curry on ‘Climate Hustle’: ‘Entertaining’ – ‘Morano’s interview with me was really fun’ – Dr. Judith Curry: ‘I first heard of Marc Morano circa 2006, from Joe Romm.  Romm’s take on Morano was basically that of the climate ‘anti-Christ.’ I slowly built up an understanding of what Morano was doing, and I didn’t regard all of it as negative.’

‘I’ve met Marc several times, and I have to say I like the guy.  He’s smart and he’s funny (he pokes fun at both sides), and as far as I can tell he is honest.’ 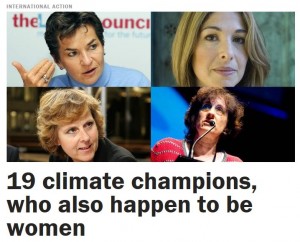 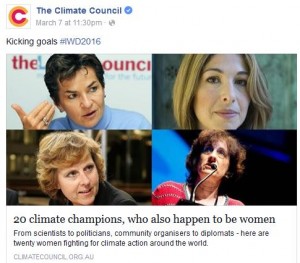 Climatologist Dr. Judith Curry to UK House of Lords: ‘Any impact of human caused global warming is lost in the noise of climate variability’

Curry: ‘Some of the basic underlying climate science and impacts reported is contradictory to the recent IPCC AR5 reports…the phrase ‘climate change’ is now officially meaningless.  The report effectively implies that there is no climate change other than what is caused by humans, and that extreme weather events are equivalent to climate change.

Curry: ‘How did Michael Mann become a Lead Author on the TAR?  He received his Ph.D. in 1998, and presumably he was nominated or selected before the ink was dry on his Ph.D.’ – ‘The IPCC process is clearly broken, and I don’t see anything in their recent policies that addresses the problems’

Climatologist Dr. Judith Curry: ‘There is no unambiguous way to separate natural from anthropogenic climate change’

Climatologist Dr. Judith Curry levels both barrels against alarmist climate science: ‘There are very few facts in all this’

Curry: ‘With regards to climate science, the biggest concern that I have is the insistence on ‘the facts.’ This came up during my recent ‘debate’ with Kevin Trenberth. I argued that there are very few facts in all this, and that most of what passes for facts in the public debate on climate change is: inference from incomplete, inadequate and ambiguous observations; climate models that have been demonstrated not to be useful for most of the applications that they are used for; and theories and hypotheses that are competing with alternative theories and hypotheses.’

Curry: ‘I regarded presentations like Trenberth’s to be propaganda’ – ‘When Trenberth answered a question citing a bunch of ‘facts’, I said that there are very few facts in all this; there are incomplete and ambiguous observations, theories and hypotheses, and models that don’t work very well.’

Curry: ‘There is no evidence even of a trend in most extreme events; attributing any trend to AGW is extremely difficult.  We can say that it is possible that global warming will make extreme weather events worse, but the evidence is theoretical. Bottom line is that RP Jr took a very defensible position in his essay.’

Climatologist Dr. Judith Curry on AAAS report: ‘The authors bypass any scientific explanations, and merely appeal to consensus.  They then cite a bunch of catastrophic possibilities, many of which are very unlikely to occur on the timescale of the next century (as per the IPCC AR5)’

Dr. Judith Curry, Chair of the School of Earth and Atmospheric Sciences at the Georgia Institute of  Technology