November 3, 2016
894
406
Share
Facebook
Twitter
WhatsApp
VK
Digg
The Weather Channel released a climate change video featuring young children attempting to convince their parents of the seriousness of the issue. The video, entitled ‘When Kids are Talking Climate – Maybe it’s Time to Listen!’ was released on November 1, 2016.

Kids: ‘Dear Mom and Dad: ‘The science is clear’

‘This is about our families health’

‘97% of scientists agree that global warming started decades ago.’

‘Dear Mom and Dad, science says that the impact of climate change could be very catastrophic during my lifetime.’

‘A major threat to national security.’

And all of these climate claims are addressed in the new skeptical film ‘Climate Hustle’ out on DVD now. www.ClimateHustle.com Update: Weather Channel Founder John Coleman rips his old network for ‘immoral’ kids video: “Right or wrong, using children to promote a point of view boarders on immoral. Even knowing that climate change is not happening, it is far beneath my values to use children to promote this truth,” Coleman said in an exclusive interview with Climate Depot.

Coleman continued: “The people who produced this video may believe that man-made climate change is underway and that the future of life on Earth is in the balance. They may feel the use of children to warn us about this is totally appropriate. If the people who produced this video don’t know if man-made climate change is actually happening, but their income from government funding depends on it, so they come up with the idea of using children to make an emotional appeal, this would be shameful and border on abuse.

I do not know which of the above situations is valid, but….

I know without a doubt that there is no significant threat to the future climate of Earth from the industrialized civilization we have created and the drastic climate changes predicted by the Al Gore clan and the United Nation’s Intergovernmental Panel on Climate Change are not occurring and are based on an invalid theory. But I will not stoop to the use children to promote my position.” 5th-grader launches ‘youth ambassador program’ to teach kids about ‘global warming’
Global Warming Alarmists Plead: Save the Children By Not Having Them
NPR: ‘Should We Be Having Kids In The Age Of Climate Change?’ ‘We should protect our kids by not having them’ – Climate Depot’s Marc Morano comments: ‘U.S. environmentalists are taking a page from China’s mandatory one-child policy even as China abandons the policy. If these wacky climate activists believed their own literature they would realize that ‘global warming’ may lead to less kids! (See: Climate Change Kills the Mood: Economists Warn of Less Sex on a Warmer Planet) The warmists have now graduated from regulating our light bulbs, coal plants and SUVs to regulating our family size. Let’s keep ‘global warming’ out of the bedroom! Let’s give families the freedom to choose how many kids they want!’ 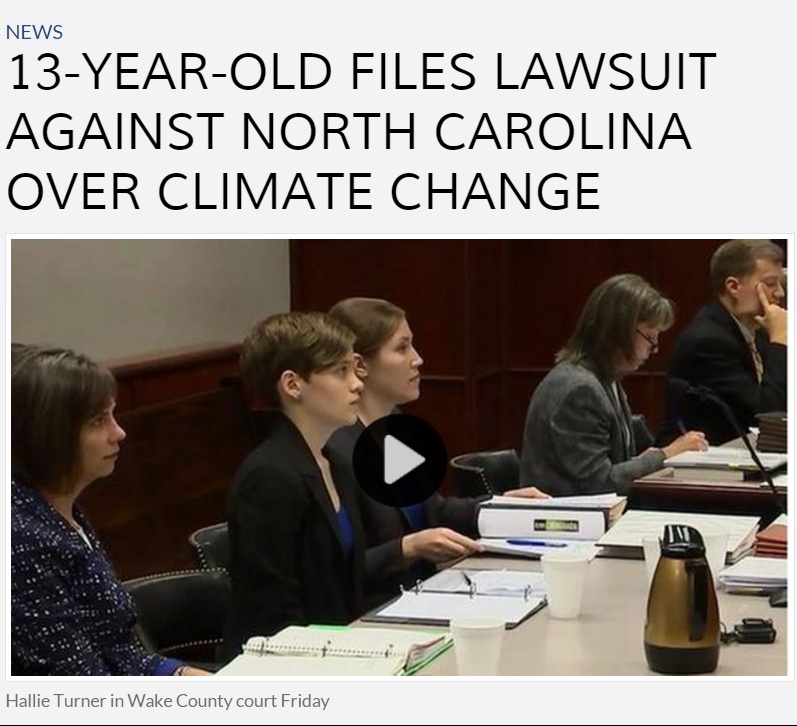 AMERICAN ACADEMY OF PEDIATRICS: GLOBAL WARMING IS GOING TO KILL YOUR KIDS