A new study in Nature says #Climate Change may force the polar vortex to dip down more often, triggering bone-chilling winters in Europe and North America. Many of the claims of an overheated Earth dissipate during winter as temperatures plummet and heating bills rise. Yet the authors write that as the Arctic warms and more sea ice melts, additional ocean water is exposed, absorbing the sun’s warmth.

The excess warmth then gets released over a longer time period, interrupting the polar vortex and pushing it down into lower latitudes. Sea ice, however, reflects the sun’s rays back into space, causing temperatures to plummet during thewinter. That’s what happened in early 2014 and 2015 when Arctic air bullied its way toward more temperate regions. 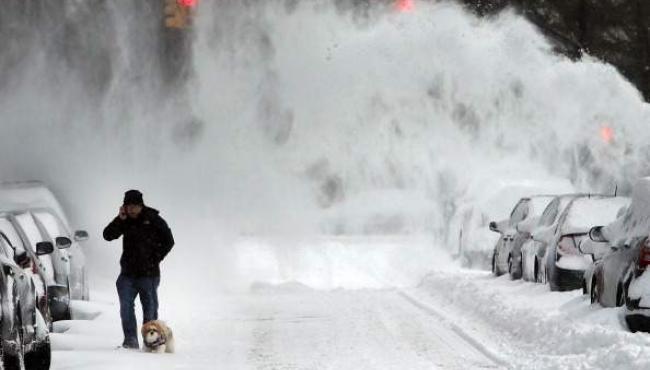 During the winter of 2016, the world was affected by a powerful, naturally occurring El Niño that hampered the vortex’s ability to plunge into lower latitudes. It also ramped up global temperatures for about 15 months, just long enough for NOAA and NASA to breathlessly proclaim the global warming pause was finally over. Previously, the well-studied acknowledged pause was a fly in the alarmist’s ointment, with no statistical warming for nearly 19 years.