Warmist William Connolley: ‘Today brings us news of another such advancement in science, with the reported death of Robert Carter.”

Climate Depot’s Marc Morano’s Response to Connolley: ‘You are a pathetic individual who relishes in a scientific colleague’s death in this way. You owe the family of Bob Carter an apology and an apology to the public.’ 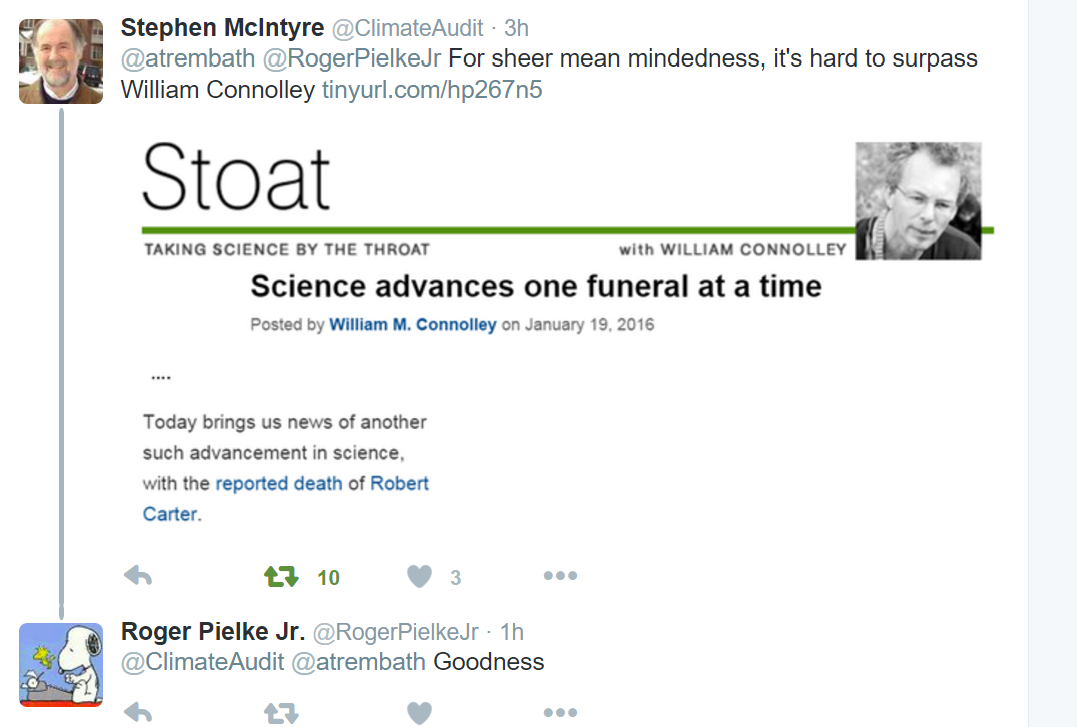 The Truth about RealClimate.org – July 6, 2009: ‘Their resident propagandist William Connolley’s job is to edit dissent and smear skeptical scientists on Wikipedia. In the world of global warming alarmist “science” pretending you win is apparently all that matters because in real debates they lose. The truth is that RealClimate.org is an environmentalist shill site directly connected to an eco-activist group, Environmental Media Services and Al Gore but they don’t want you to know that.’

Claim: ‘William Connolley has now violated Wikipedia’s Conflict of Interest Policy’
How cold is it? So cold that warmist William M. Connolley ‘only survived by sticking my outer hand down my trousers’
Global warming propagandist William Connolley at slapped down at Wikipedia: ‘Barred from participating in any article, discussion or forum dealing with global warming’
Facebook
Twitter
WhatsApp
VK
Digg
Previous articleExtreme Weather Expert Dr. Roger Pielke Jr.: Despite claims of ‘warmest ever’ – 2015 ‘had the lowest catastrophe losses in a generation’
Next articleNOAA/NASA use only land-based temps to claim 2015 hottest year ever

In producing probably one of the most authoritative reports on the subject ever written, we have listened to thousands of road users, from cyclists,...
Read more

Gratitude for CO2: It Continues to Feed the World

CO2 added to the atmosphere since the industrial era has had no observable impact on rainfall patterns whilst directly helping plants to grow better....
Read more

“Our results show that if sea ice declines at the rate projected by climate models under current energy system trends and policies, the 3Rs...
Read more