If any Americans actually believe the climate claims linking ‘global warming’ to a rise in conflicts, no amount of evidence, data, logic or scientific studies will likely persuade them. But given the high profile nature of the Pentagon report, a rebuttal is necessary. 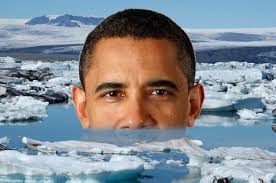 Obama has claimed that climate ‘deniers’ were a huge part of the problem. Obama explained: “Denying it, or refusing to deal with it, endangers our national security and undermines the readiness of our forces.”

But actually believing the above statements endangers our capacity for rational thought and evidence based research. Actually believing Obama and his Pentagon’s climate claims, undermines our nation’s ability to distinguish real threats from politically contrived nonsense. Facebook
Twitter
WhatsApp
VK
Digg
Previous articlePentagon: Climate change ‘urgent and growing threat’ to national security
Next articleWarmist Prof. Peter Wadhams Claims He Does Not Think Colleagues Were Murdered – Requested comments about the deaths be ‘completely off the record’

Many metrics of CliSci are viewed at an artificially assigned time scale of  “since the beginning of the modern Industrial Era” usually interpreted as...
Read more