Via: The HARRY READ ME File: Testifying before Congress, EPA’s McCarthy defends the Agency’s climate regs as ‘enormously beneficial’ when asked about the rules climate benefit of reducing global temps by just one one-hundredth of a single degree Celsius.

CHAIRMAN LAMAR SMITH: “On the Clean Power Plan, former Obama Administration Assistant Secretary Charles McConnell said at best it will reduce global temperature by only one one-hundredth of a degree Celsius. At the same time it’s going to increase the cost of electricity. That’s going to hurt the lowest income Americans the most. How do you justify such an expensive, burdensome, onerous rule that’s really not going to do much good and isn’t this all pain and no gain.
ADMINISTRATOR GINA MCCARTHY: “No sir, I don’t agree with you. If you look at the RIA we did, the Regulatory Impact Analysis you would see it’s enormously beneficial.
CHAIRMAN SMITH: “Do you consider one one-hundredth of a degree to be enormously beneficial?”
ADMINISTRATOR MCCARTHY: “The value of this rule is not measured in that way. It is measured in showing strong domestic action which can actually trigger global action to address what’s a necessary action to protect…”
CHAIRMAN SMITH: “Do you disagree with my one one-hundredth of a degree figure? Do you disagree with the one one-hundredth of a degree?”
ADMINISTRATOR MCCARTHY: “I’m not disagreeing that this action in and of itself will not make all the difference we need to address climate action, but what I’m saying is that if we don’t take action domestically we will never get started and we’ll never…”
CHAIRMAN SMITH: “But if you are looking at the results, the results can’t justify the cost and the burden that you’re imposing on the American people in my judgement.”
#
Related Links:
Watch: Morano on Fox News on EPA Calling Skeptics NOT ‘Normal’: It’s abnormal to believe symbolic regs by U.S. govt would impact future extreme storms’

Morano: “You would have to frankly be abnormal to believe that symbolic regulations by the U.S. government would impact future extreme storms and or temperature…What is the carbon footprint of electroshock therapy? That is the next thing if they are going to treat ‘abnormal’ skeptics.'” 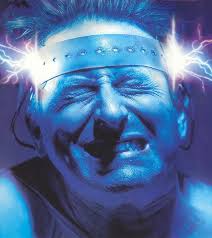 Facebook
Twitter
WhatsApp
VK
Digg
Previous articleEnvironmentalists, EPA Force The 200th US Coal Plant To Retire
Next articleHillary Says She Wants to Make Climate a Major Issue in 2016. Does She Mean It?