Climate Depot’s Morano statement on Pachauri’s resignation: ‘The IPCC is quietly popping champagne corks today. Pachauri gone can only be good news for the UN IPCC’ – Marc Morano: ‘If Pachauri had any decency, he would have resigned in the wake of the Climategate scandal which broke in 2009. Climategate implicated the upper echelon of UN IPCC scientists in attempting to collude and craft a narrative on global warming while allowing no dissent. Or Pachauri could have resigned when he wished skeptics would rub asbestos on their faces or conceded that the IPCC was at the ‘beck and call’ of governments. There were so many opportunities to to the right thing and fade away. But it took the proceedings of the Indian court system over the allegations of sexual harassment to finally bring Pachauri down. Things can only be looking up for the UN IPCC now that it has ridded itself of this political and ethical cancer.’

Many climate change activists are motivated by religious conviction. See: Climate Depot round up of climate religion. Actor Harrison Ford’s Green Religion: ‘I needed something outside of myself to believe in and I found in nature a kind of God’

Flashback: Michael Crichton: ‘One of the most powerful religions in the Western World is environmentalism. Environmentalism seems to be the religion of choice for urban atheists.’ 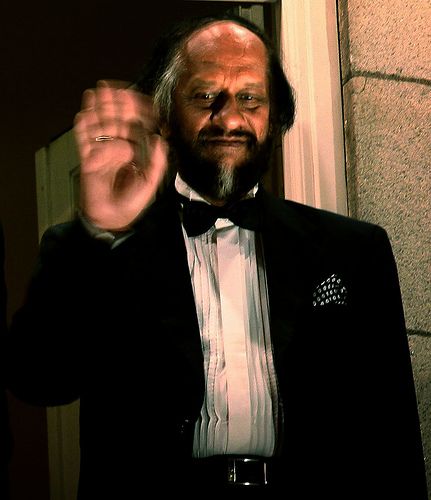 Flashback 2010: UN IPCC’s Pachauri a Climate Creep?! The Dr. of Climate Deceit Transforms to Dr. of Love?— ‘Smutty’ novel written by the UN climate chief Pachauri: Excerpt: ‘She removed her gown, slipped off her nightie and slid under the quilt…He was overcome by a lust…and began to feel Sajni’s body, caressing her voluptuous breasts’

Pachauri critic: Evidence ‘suggest strongly that Pachauri is a longtime sexual predator’ – Donna Laframboise: ‘What’s missing from this (Pachauri’s resignation) letter is any suggestion of remorse. When a scandal-plagued leader resigns because his alleged misdeeds are nuking his organization’s reputation, that is a mark of failure. He has let everyone down. Where are his words of apology to the thousands of IPCC-linked scientists whose honour is now eternally tarnished by their association with him?’ Pachauri’s letter talks about his “greatest joy,” and his “sublime satisfaction.”

Rajendra Pachauri’s Resignation Letter: ‘A two-page love letter to himself’

Flashback 2010: Greenpeace calls for UN climate chief Pachauri to step down in wake of Climategate

Say What?! After Wishing Skeptics Would Rub Asbestos on their Faces, UN IPCC’s Pachauri Now Declares he is ‘not deaf’ to skeptics; Says IPCC ‘should welcome vigorous debate!’ – Pachauri also recently smeared skeptics as akin to ‘flat-earthers’ and the promoters of ‘voodoo’ science

Flashback 2006: Morano Debates Pachauri at UN Conference in Kenya — Calls UN an ‘echo chamber’ where ‘dissent was being suppressed and demonized’

UN IPCC chair Pachauri: ‘If the governments decide we should do things differently and come up with a vastly different set of products we would be at their beck and call.’