Watch: Morano on Fox News on Pope Francis & Climate: ‘On every metric from polar bears on down, the global warming narrative has weakened’

Marc Morano: ‘The Pope has picked a contentious scientific issue which — now going on almost two decades of no global warming, sea ice recovering, sea level rise actually decelerating, On every metric from polar bears on down, the global warming narrative has weakened. And to now have the Pope jump no that bandwagon would sow confusion among Catholics.’ 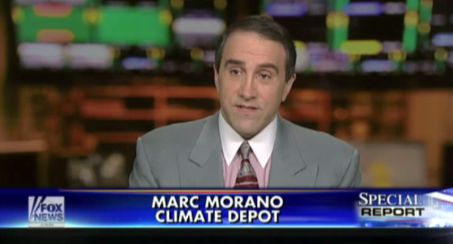 Paper: ‘Pope Francis Errs In Linking Church To Corrupt Green Movement’ – Vatican ‘has been infiltrated by followers of a radical green movement’
We would remind Francis that the greatest acts of barbarism and the most villainous violations of basic human rights in history — slavery, the Holocaust, China’s one-child policy, Stalinism, Pol Pot’s killing fields, Mao’s starvation of millions, and on and on —have been perpetrated by the statists.’
‘Almost all the leading anti-climate-change initiatives endorsed by the Green Movement — cap and trade, carbon taxes, regulations against using abundant fossil fuels — are merely regressive taxes that hurt the poor the most.’

A salvo of silliness: Pope’s climate activism a ‘result of a workshop of the Pontifical Academy of Sciences’

Paper: Pope Francis’s edict on climate change will anger ‘deniers’ and US churches – ‘The pope will publish a rare encyclical on climate change and human ecology. Urging all Catholics to take action on moral and scientific grounds, the document will be sent to the world’s 5,000 Catholic bishops and 400,000 priests, who will distribute it to parishioners.’

From the Cliff Mass Weather Blog Yesterday, around 0400 UTC 15 January (8 PM PST 14 January), there was a massive, explosive eruption near...
Read more

Climate and energy politics, combined with fierce global demand, make it unlikely that Europe’s energy prices will go down. And while the EU recently...
Read more