‘Inside Story’ Host Ray Suarez cautions at the beginning of the program: ‘We are not going to have an argument on whether it’s a right thing to do or a back and forth about global warming, whether it’s really happening and so on.’

Morano: This is a sad day for American history. We have a long history of rejecting climate plans. We signed UN treaties but failed to ratify them. We tried cap-and-trade in 2003, 2005, 2008, it passed the House in 2009 but failed in Senate in 2010. The American people could not be more clear that they don’t want this and Congress did not want it. Many politicians voted out after voting for cap-and-trade in 2009, many Republicans in particular.

Morano: They are demonizing carbon dioxide — it is scientifically horrible what they have done. Linking CO2 to storms and the President is implying that the goal of the reductions is going to alter future storms, hurricanes, floods and droughts. They are using the regulations as a justification. They are bastardizing science to make that claim…We don’t know what technology is going to be into the future, we don’t need a government bureaucracy dictating our energy future. It is a sad day in American history.

Host: Suarez: ‘The path is open we have been told what the finish line is, and everyone has been told ‘how you get there is your business. How is that the government dictating?’

Morano: They are saying ‘you can go to anyone hotel in the world, but you have to go to this hotel.’ Oh, you can take a back road or a highway, but what if you don’t want to go to that hotel? Our goal should be plentiful energy for Americans and everything that comes along with that, economic growth, jobs. The goal of focusing on a trace essential gas in the atmosphere as the big boogeyman and then altering all our policy to fit that — is wrong!

I think this is good news for Putin, this is good news for China. They are laughing as we shoot ourselves in the foot with Hocus Pokus science — meaning that EPA regulations are somehow going to affect future floods, droughts, hurricanes. It won’t even affect global CO2 levels in the end given how much developing world is advancing.

Morano: The important thing to remember. These types of regulations are announced as one thing and they will continue to evolve, to change and likely expand as you go through court cases — as you go through future administrations — if this is allowed to be implemented and if the next president goes through with it. Whatever we are talking about today won’t be relevant. They are going to change all of these goals, change all of these standards.

The U.S. Chamber of Commerce estimated $50 billion dollars and a quarter million jobs lost because of EPA regulations. It’s hard to have an accurate number because we don’t know the future and each state has different energy mixes.

Ultimately this is centrally planned from the U.S. government, at a time when Spain and Europe is walking away from green jobs, at a time when Germany is becoming more dependent on coal fired power. At a time when Australia — which has shown great courage and basically walked away from all of this global warming CO2 emission reductions, laughed at the UN, walked out of UN climate conference in Poland which I attended in November 2013. So the U.S is committing itself to something the rest of the word is scratching its head about.

Morano: It is not going to achieve anything for the climate, it won’t even achieve global CO2 reductions. It’s pure symbolism. And it’s not an insurance policy against global warming. If this were an insurance policy, the premium would cost more than any benefits you would ever get out of it.

This is now a centrally planned economy. The antithesis of innovation is to have a government – an  un-elected bureaucracy like the EPA dictating energy policy and a president on record saying he wanted electricity prices to ‘necessarily skyrocket’. His science adviser John Holden is on record in 1975 saying that one of the hazards of a free society is energy that is too cheap and abundant. And he talked about it with some contempt about people using their car to drive out and buy a six pack of beer.

This is an administration that is driven by ideology on this, it is certainly not science, why would we turn over our innovation, creativity, business, and technology to the dictates and whims of the Environmental protection agency which can pretty much do whatever the Hell it wants to as we go forward here.

Morano: Who could have foreseen the fracking revolution, that brought our emissions down, depending on the estimates, to mid-1990s levels. In the U.S. we are doing better than the Europeans who ratified the Kyoto protocol in many ways with our reductions through technology. We don’t’ need EPA regulations.

I would argue the only change of climate that we are going to see from these EPA regulations is the political climate as many Democrats — especially from coal producing states — are running very scared of this. And the White House has already said it’s OK if they don’t want to support this  or they criticize this. They are sensitive to the politics to this.

But this could be devastating politically for them because the American public is not going to like un-elected bureaucratic taking over energy goals. 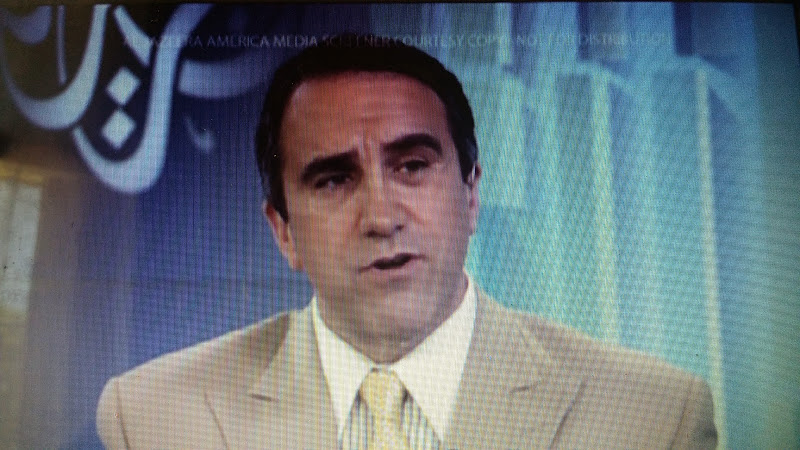 Marc Morano On EPA Action “Once You Give Them This Expanded Bureaucratic Power, There Is No Limit”

Marc Morano appeared on Al Jazeera America for a discussion round about whether the EPA bureaucratic power grab to regulate coal will have impacts on the economy and environment.

Morano compares CO2 reductions to an insurance policy, one where the premiums are far more costly than anything you’ll ever get out of it.

He also reminds that coal power plants are far more efficient and cleaner today then they used to be. Morano also warned that the underlying drive behind the Obama policy is to make energy far more expensive and that it is driven by ideology, and not science.

On the political front, Morano adds that the only climate that is going to change is the political climate, with many Democrats “running very scared of this“, saying it “could be devastating for them politically because the American public is not going to like an unelected bureaucracy taking over energy goals…” On the EPA, Morano warns:

Once you give them this expanded bureaucratic power, there is no limit.”

The other two guests on the show were fans of the EPA, and seemed to be saying: C’mon, give big government the chance to have unlimited, unchecked regulatory power, and you’ll see that it can do something good. History certainly has heard it before. Do we really want to repeat that?

Marc Morano is the executive editor and chief correspondent for ClimateDepot.com. He was the communications director for the Senate Environment and Public Works Committee and the senior aide, speechwriter and climate researcher for Sen. James Inhofe, R-Okla.

Q: What are your thoughts on the feasibility and economic impact of the new EPA rules?

Marc Morano: My take it on it would be, not only is it unnecessary — they imply that somehow this would limit hurricanes and droughts, when it would not have a global temperature impact — it would not even have an impact on global CO2. Our emissions are being dwarfed by the developing countries like India and China.

Q: What do you say to those who argue it will spark innovation?

In the U.S., emissions are down to ’90s levels due to natural gas breakthroughs. We’ve made bigger gains than European countries that have ratified the Kyoto Protocol. The natural gas fracking breakthrough could not have been imagined years ago. That was market innovation. The idea that we need central planning to achieve those same goals is absurd. The last thing we want to do is give people regulatory schemes that can misallocate resources. Why impose that on our economy when it cannot even lower global temperature and lessen storms?

I understand some of the environmental left is upset because there is too much flexibility and it is not as hard on companies as previous cap and trade proposals. But understand that whatever Washington does today will be different two years, three years from now. They can make everything sound nice and flexible now, but once implemented, it can expand and morph. They have expanded bureaucratic power of the unelected, and once they have it, it only grows from there.

Facebook
Twitter
WhatsApp
VK
Digg
Previous articleInsurer’s Message: Prepare for Climate Change or Get Sued – Insurance comps ‘beginning to file lawsuits against small towns and cities who they say haven’t prepared for the floods and storms that will cost the companies billions in payments’
Next article‘Clean Cow’: Newsweek claims plan to fight cow farts/burps ‘may be the world’s best bet to avert climate disaster’